Musotto, originally from Argentina, is an opera director and conductor at both Santa Monica College and California State University, Northridge. She’s the first Latina woman at these campuses to hold these positions.

As a Latina woman in a historically white-male dominated classical music industry, Musotto acknowledges that seeing a beautiful brown woman on the conductor’s platform is something that is still not as common.

“Sometimes people look at you and they’re like ‘Oh, so you’re really a conductor?’” she said.

Musotto is no stranger to challenging the status quo and overcoming obstacles. Within the last few months, she’s faced a crisis unlike any other before: COVID-19.

Opera houses, theatres and concert venues around the world canceled their seasons until the end of the year and closed their doors due to COVID-19.

Performing artists and musicians who make their living playing in gigs or shows have lost their income and a plethora of theatres are facing bankruptcy.

Resources like California Relief Fund for Artists and Cultural Practitioners, American Guild of Musical Artists Relief Fund and others are trying to help this industry during the pandemic.

On March 13, 2020, Musotto was minutes away from starting rehearsal with her singers and orchestra when she learned that their opera was canceled. Opening night was only two weeks away.

She had to quickly find a way to make ends meet and teach her students. Both Musotto and her husband are musicians and part-time professors who don’t get paid during the summer.

One of the first things she did was create and sell “online aria packages” for singers who wanted to learn opera roles.

Musotto also found a way to safely make music with others in her own home.

She purchased a plastic curtain, which acts as a sneeze-guard between her and her students and bought a fogger/ozone machine with an FDA approved disinfectant to clean the screen between singers.

Even though her spring opera was canceled, Musotto found a way to perform it virtually.

She recorded piano and conducted tracks to send to the orchestra and singers. Musotto taught herself how to sync those recordings using Logic Pro and video software.

This upcoming fall semester Musotto, along with the CSUN Animation Department, CSUN Film Department and others, will put together the opera Giacomo Puccini’s Gianni Schicci, in an animated and virtual way. A task, she said, that won’t be easy.

Using a MIDI keyboard, she has recorded each instrument one by one as a digital “mock” orchestra and then syncs it together. “Basically only five minutes of music is about four days of work,” she said.

The entire opera is an hour long.

The animation department will create animated backgrounds while the film department records the singers individually, who will wear masks, on a green screen.

“When I first heard that that we would probably have to wear masks, I was like, ‘ahh, how do you do that?’” She said.

Despite these challenges, Musotto believes that COVID could have a lasting positive impact on the opera and performing arts industry.

She said in the past that music students may have hesitated to audition for the opera, or take music lessons, because of the huge commitment and expenses, but now that lessons and the opera performance are virtual, the amount of musicians signing up is overwhelming.

Musotto said going to see an opera can cost hundreds of dollars making it a less accessible art form, which artists comment can create a historically “elitist” audience, but COVID-19 could change that.

For example, major opera houses around the world, like The Metropolitan Opera, offered free recorded operas on streaming devices during quarantine.

“When I was in school, there was no way you could watch an opera if you didn’t actually go to the performance. And the ticket was who knows how much,” she said. “So all of this that’s happening, I think it’s positive.”

COVID-19, while still currently devastating for the performing arts industry, may be the awakening and push the industry needs to progress towards the future.

Musotto is eager to be back conducting in person again one day, but until then she’ll keep the genre alive, virtually.

Donations will go to the CSUN Opera Fund to support the virtual opera and will compensate the opera and performing arts students during the pandemic. 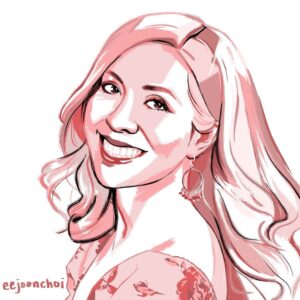 Xochitl Hernández is a recent graduate of California State University, Northridge where she received her Bachelor of Music in Vocal Performance and a minor in Spanish-language journalism. While at CSUN, Xochitl received classical voice and music training in addition to performing in operas, being a multimedia journalist, podcaster, reporter and lead anchor on Valley View News where she reported on issues pertaining to the Latinx community, the 2020 presidential election, COVID-19, the Black Lives Matter movement, and music. As a journalist, artist, and singer, she considers herself a storyteller passionate about people and raising awareness on social issues. Xochitl aspires to combine both her art forms which she has already started to do by creating her own podcast Notes From Her, interviewing and reporting on women of color musicians in the classical and non-classical music industry. She aspires to travel the world as both a reporter and performing artist, combining both multimedia journalism and music to tell stories of Latinx, BIPOC, international, and marginalized communities.